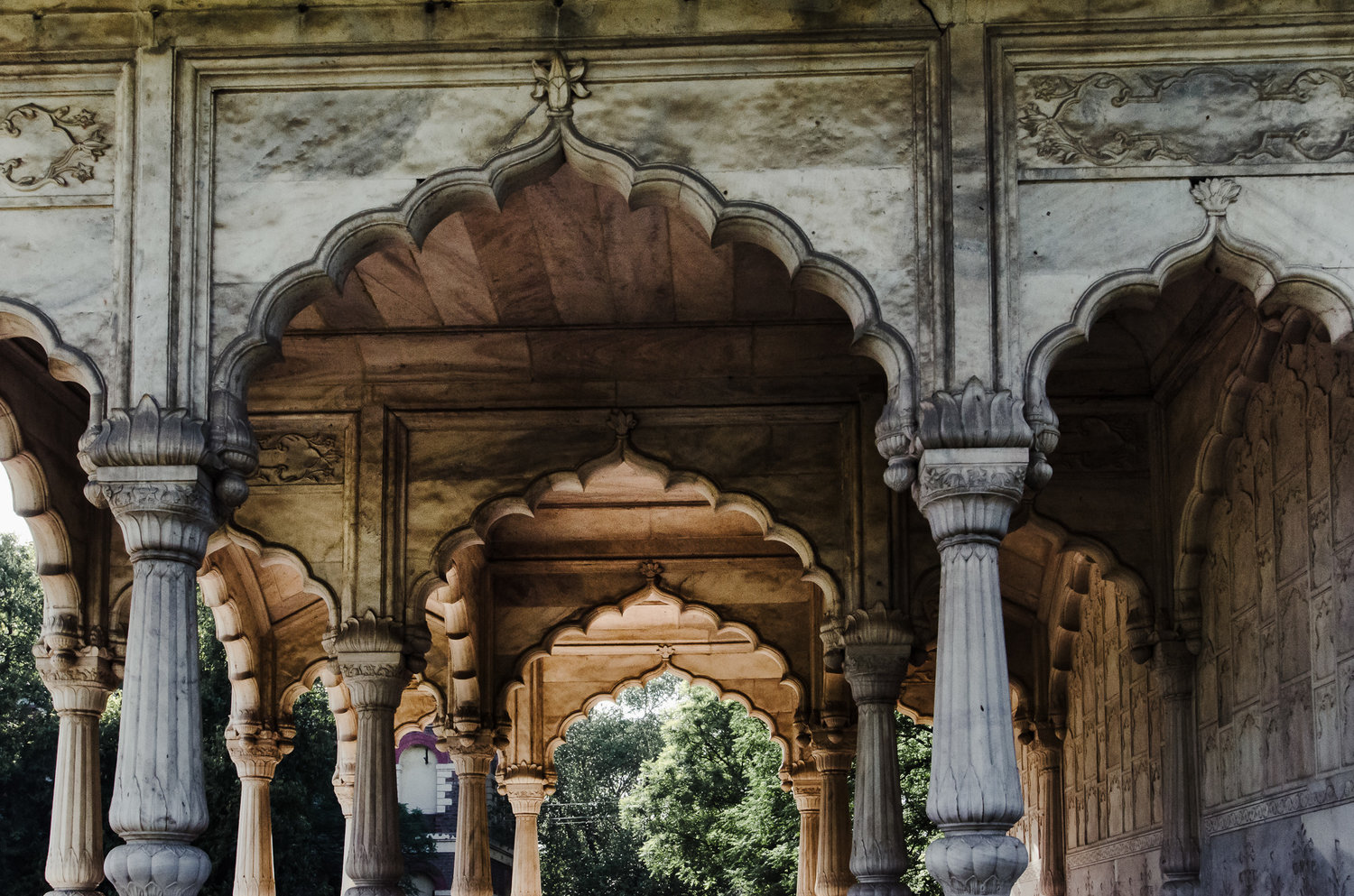 A Culinary Date with a Legend

The story of Karim’s supposedly dates back to the middle of the 19th century and a man called Mohd Aziz, who is said to have been a cook in the royal court and plied his trade in Delhi’s Red Fort, in what would turn out to be the last days of the Mughal empire.

In 1911, the year the British authorities celebrated making Delhi the new capital of their empire, one of Aziz’s sons, Haji Karimuddin, came up with the idea of cashing in on the people celebrating the visit of King George V and Queen Mary. Setting up a simple stall outside the gates of the towering 17th-century Jama Masjid mosque, he offered just two dishes – mutton with potatoes and lentil curry. Two years later, he was able to open a small eatery in a nearby alleyway that could cater for 20 people, proclaiming, “I want to earn fame and money by serving the royal food to the common man”.

The restaurant opened its first branch, Karim’s Hotel in Old Delhi. Karim’s Hotel or Karim’s has been described as “synonymous with this area and arguably the city’s most famous culinary destination.” A fully open-plan kitchen , make-shift  grill  slowly  roasting  away Seekh Kabab, a tandoori  oven built into the ground. Everything in this little alley tugging away at my heart, it felt like I was a little boy again, running around  with far too  much to see and question.

What is incredible to know is that the spice mix, or masala, originally devised by Haji Karimuddin, is the one still used today. It is a closely guarded secret where every evening, a member of the family takes a series of wooden boxes upstairs to an office where they are filled with a carefully measured mix of spices. In the morning, these boxes are taken downstairs and handed to the cooks to prepare the various dishes.

The quintessential to order here is the mutton burra kebab. Gently roasted in a tandoor, the spiced mutton pieces on bones are served straight out of the smouldering coals, infused with their smoking aroma. The outer surface dry and crispy, blackened in patches. The core soft, tender and and juicy. The burra celebrates the raw essence of the flesh.

Unlike most Indian meat dishes, the flavours are not enhanced by over-cooking or drowning the meat in multi-spiced gravies. In fact, burra is perhaps the least spiced dish at Karim’s and also the most naturally flavoursome.

Up next on the list  was a fantastic dish I’ve heard a lot  about, the famous Goat Brain Curry. It is not not for the faint hearted, but certainly for those who cherish  flavour. The texture of the goat brain is very similar to that of a scrambled duck egg, yet creamier and richer, served in a spicy curry made from Kashmiri  chillies that add to its robust red colour.

The curry was served with Romali Rotis, which unlike  your normal  roti, are much larger and and silk like in texture. The word “rumal” means handkerchief in many north Indian languages, and the name rumali roti means handkerchief bread. The name is derived because of its structure, and its soft, airy texture  blew my mind.

Eating  at Karim’s  is an experience  in itself, where culture  and traditions have remain untouched  by  time. An explosion  of flavours,  tucked away within a maze of narrow lanes and alleyways. Different areas of this world within a world are home to trades that have existed there for generations, just like Karims. If you  haven’t  eaten  here by now,  you are robbing  your tastebuds of a culinary adventure. 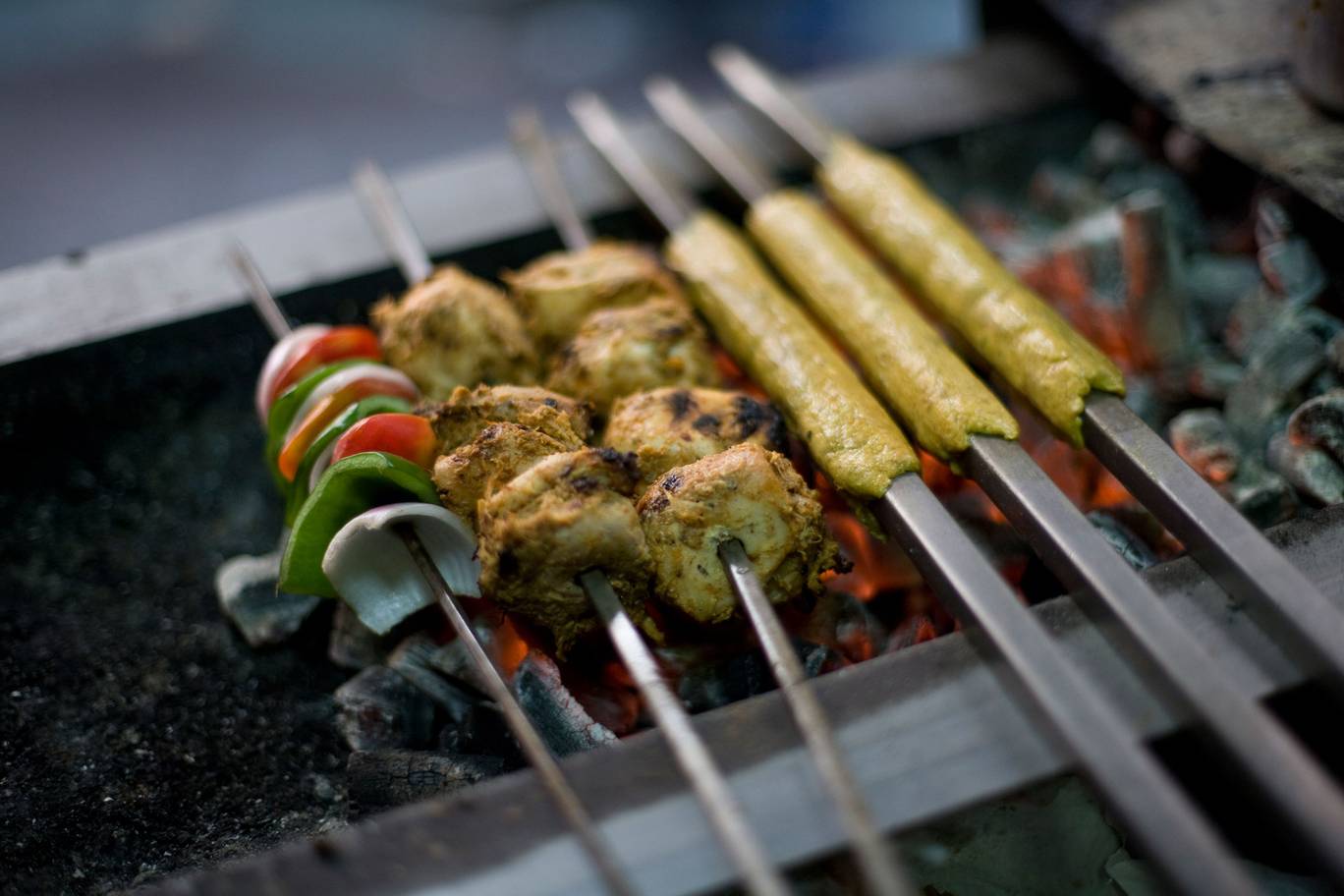 Karims is located in the heart of Old Delhi, and recently celebrated its 105th birthday – a testament to the enduring nature of the food it produces and the mesmerising walled city within which it is located.