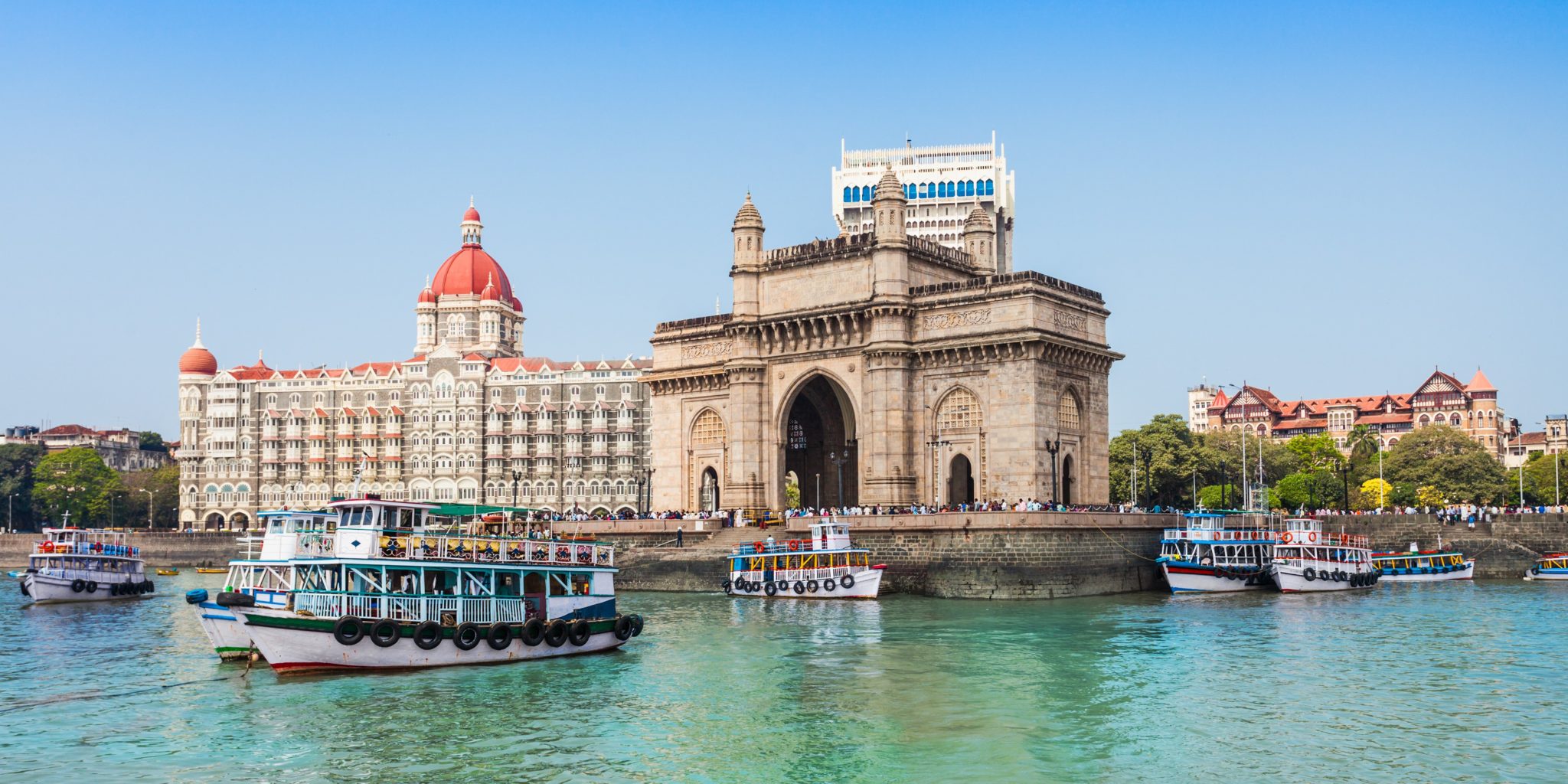 The first thing that struck me about Mumbai, formerly Bombay, is how enormous the city is. Everywhere you turn, you find something to catch your attention. It’s full of dreamers and hard-labourers, starlets and gangsters, stray dogs and exotic birds, artists and servants, fisherfolk and crorepatis (millionaires), and lots and lots of people. It is home to India’s incredible film industry, some of Asia’s biggest slums (as well as the world’s most expensive home) and the largest tropical forest in an urban zone.

The Mumbai Harbour waterfront lies on the Konkan coast on the west coast of India and has a deep natural harbour. In front stands the iconic Gateway of India stone arch, built by the British Raj in 1924 a symbol of extravagance and British influence that once fell over a city. Now, it’s the lights of Bollywood that cast themselves over the pearly gates and welcome cultures from all over India, enticing it’s followers with fame and fortune.

As I jumped off another form of transportation that left me in the middle of nowhere, my nose left violated by the thick blanket of dried Bombay duck, a smell that could wake up the dead (a speciality in the area of cured and dried fish), my mind began to turn as I watched the smoke dissipate from my freshly-lit cigarette. I began to ponder again of my experiences so far and looking forward to my last destination in a country that left more than just an impression on me.

You can’t travel half way around the world and expect this not to happen, and if you do, you are a fool and would have better luck staying at home. Travel is something that sucks you in. It is a rollercoaster with the highs and lows, ups and downs. You’re flung around, but when you stand there at the end, contemplating your experience, you have a strangely weird smile that engulfs your soul and leaves you wanting more; well that’s if it’s done right. I had a few days left in me and was determined to make the most of it.

As a chef, I was excited to visit the city, as the history of cuisine in this city has been closely linked to its evolution from a fishing village to a megapolis. As immigrants from all over the country came with dreams in their eyes, they brought their culinary treasures with them.

A quick tuk-tuk later and I found myself at the doors of The Leopold Cafe and Bar, which is a large and popular restaurant and bar in the Colaba area of Mumbai; an energetic and enthralling area filled with street vendors and great little hole-in-the-wall eateries.

I was catching up with a dear friend of mine, Jay Bhambay, a local chef to some big shot names in Mumbai. Jay, a very humble soul, was just as excited to see me again and had drawn up a list of great places to make culinary memories and entice our taste buds.

Mumbai’s food is as exciting and entertaining as it is mouth-watering. What stays with me, is how not only the opportunity to indulge in some incredibly delicious combinations of ingredients, but walking though the chaotic and humid streets with Jay, watching countless people go by, made this a memorable experience.

Our first stop was at a local favourite of his, a place called Bademiya a restaurant, where the food gets cooked across the street by insanely talented chefs then transported across the road to where you sit and enjoy the show.

The restaurant was humming with all sorts of tourists and locals sitting on plastic chairs in front of paper wrapped trestle tables, patiently waiting for what would be one of my most notable meals to date. I had the local Seekh Kebab rolled in their ever-so-thin Romali Roti (the handkerchiefs of roti if I had to translate roughly). The magical flat bread, so soft yet crispy gets tossed around outside normally by two chefs. It’s a process of slapping the dough and spinning it in the air to get the thinnest possible dough in the world. And, combined with mutton kebab, a little bit of mint sauce to douse on top, you’re left engulfed by an unparalleled flavour sensation – it’s like tiny pieces of heaven falling onto your tongue. I ordered two!

The night continues with the hustle and bustle sales from the vendors, shopping for a few token souvenirs from the local tradesmen and women. Mumbai you have stolen my heart! Captivated. Mystified. Astounded. The sights and smells, a cacophony of senses; Mumbai drew me in like a moth to the flame.

Forever indebted to Jay Bhambay, my fantastic host who shared many great experiences with me. Mumbai will remain in my heart, memories remain like small treasures, pearls, that line her majestic shores. At any given moment I can recall those gems, as I smile widely at the thought of excitable Chai Wallahs, the homeless, still striving everyday citizen that grace the bustling streets. Mumbai, your heart is now mine; humbling me and making me a better man. I will forever hold you close. 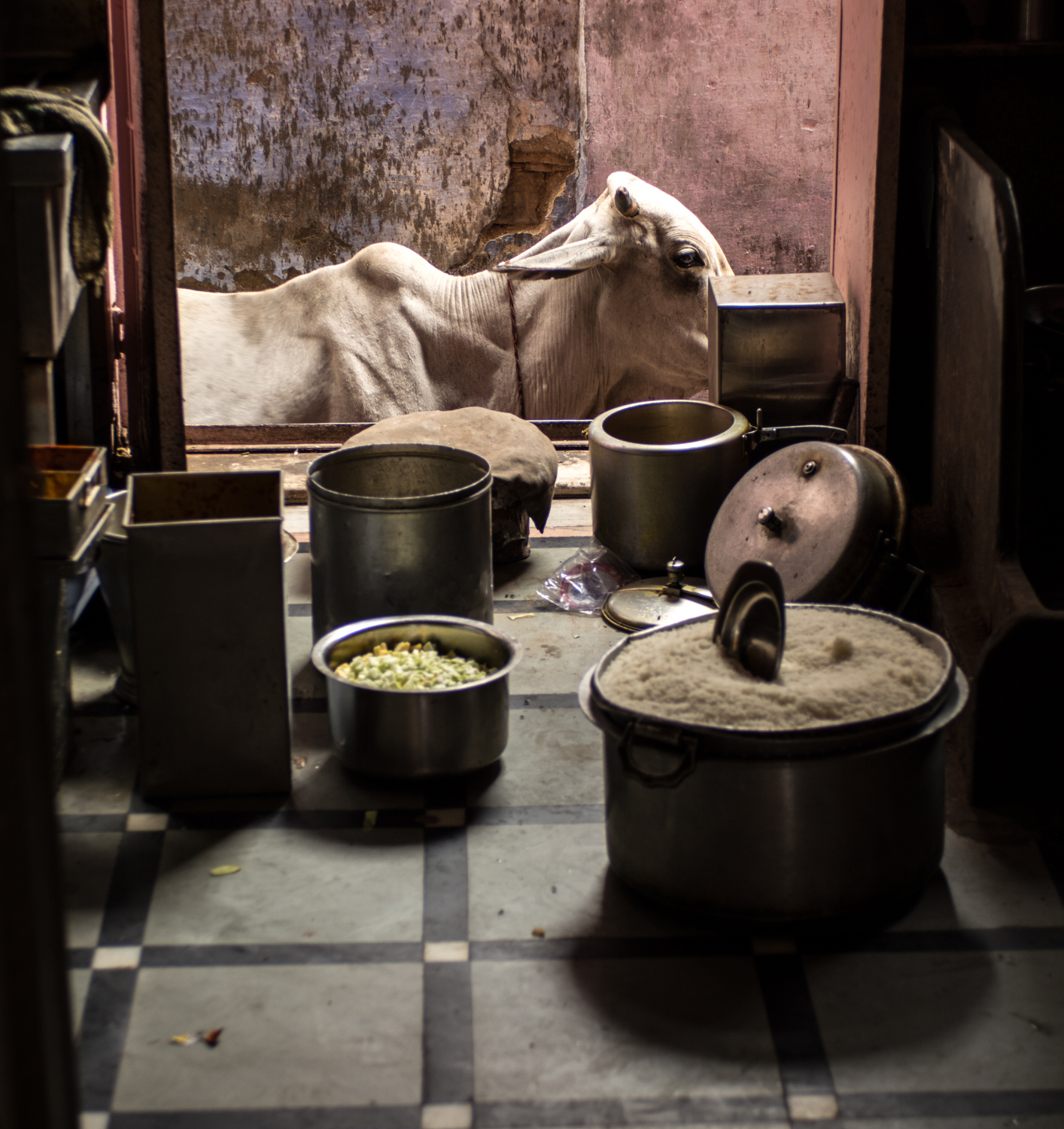 There is a reason why Mumbai is called The City of Dreams. It is the little imperfections that make Mumbai so perfect and one of the best cities, not only in India, but also in the world.